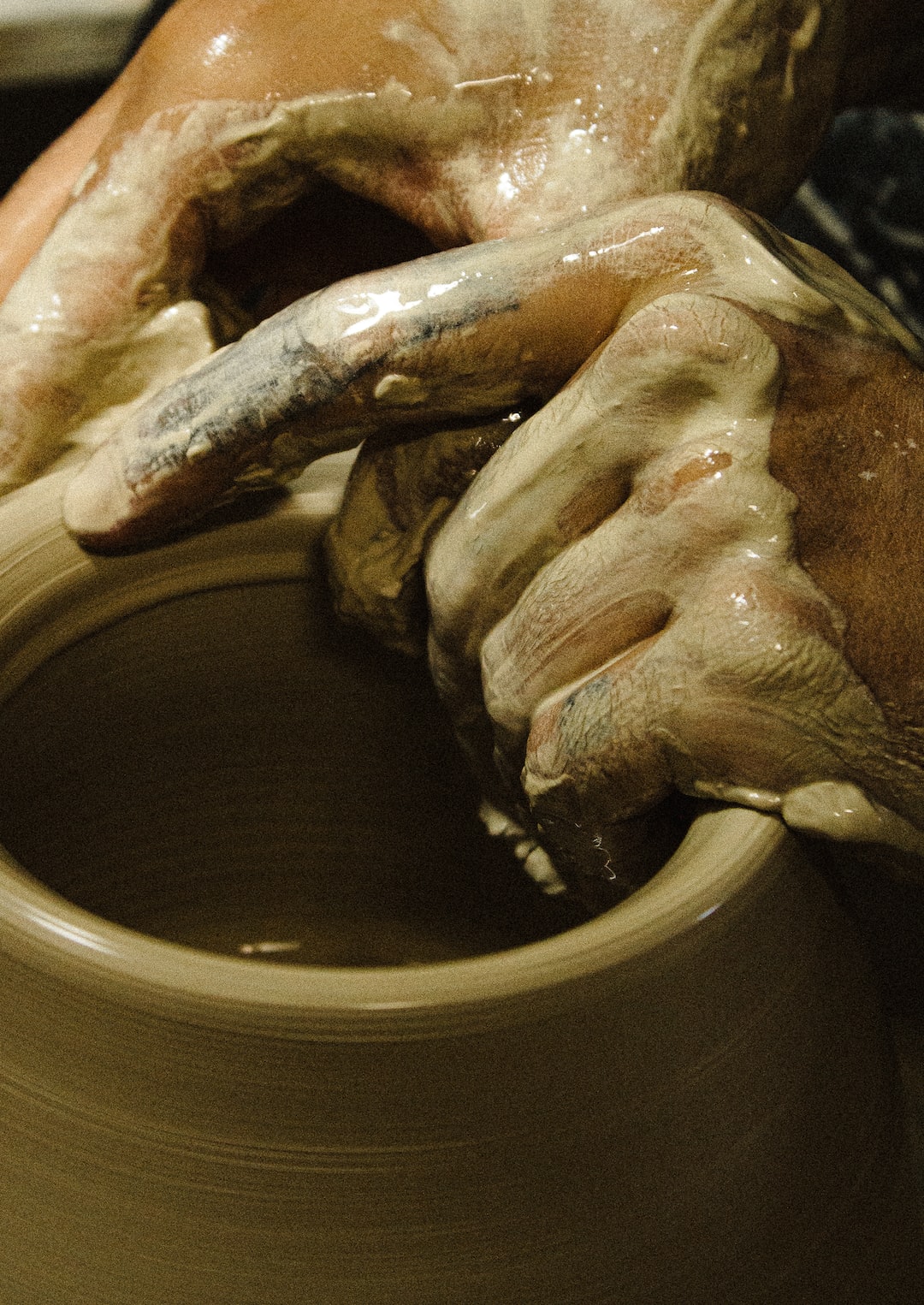 In Jeremiah 18 God sends the prophet to watch a potter working with clay. He observes the potter shape and reshape the clay until it takes the shape desired by the potter. When a pot wasn’t turning out as desired it was formed back into a lump and a new start began.

Jeremiah was given this image as an explanation of how God was shaping and reshaping his people into the shape he desired them to be. Just as the pot had no concept of the shape it would become, the people were unaware of their intended shape.

How does God shape us? Has God been using the Corona-virus experience to shape us? How has he been doing that? How has it been working? Can you see any changes in your ‘shape’ as a disciple of Jesus? Can you see a change in others?

In a sense we’ve been taken back to basics. We may have felt like we were taken out of our comfort-zone. Did we feel like a lump of clay without any shape or beauty, during this pandemic? Can we even begin to imagine the beauty God is creating in us as individuals and as a group of Christians as he continues to shape us?

On the other hand, maybe we feel like the shaping is complete. Are we then being air dried or kiln dried? How much ‘heat’ are we experiencing?

I’ve a feeling we should be aware of a limitation in the image of the pot and potter. Once a clay pot is finished and hardened it can’t be reshaped. It loses it’s flexibility. It can be broken but not reshaped.

In our lives the shaping God does is a lifelong process and therefore we should never harden into a particular shape but always be pliable in the potter’s hands. We should never become too old to learn new tricks.

This doesn’t mean we’ll feel no discomfort with what’s happening. In fact, it might be uncomfortable to the point of painful. We might feel quite out of shape and also out of sorts but remember we have a loving and trustworthy God who’s shaping us to be beautiful in his eyes.

Let’s be pliable in God’s hands. Let’s be willing to be surprised by what God’s doing in our lives and the lives of those around us. Let’s trust our lives to the Master Potter who has a plan for our lives and will shape us into a masterpiece of divine beauty.

In my first year of high school, Australia converted to decimal currency and Simon and Garfunkel released the song, “I am a rock”. While everyone in Australia was working together to adjust to the new currency the song spoke of going it alone. “I am a rock. I am an island.”

It’s a sad song about being hurt and withdrawing into isolation in order to avoid any more pain.

We’ve had some experiences of isolation this year and depending on our nature we’ve either enjoyed or hated those times.

Our God is into community. God, Father, Son, and Holy Spirit exist in a divine community of love and because we’re made in the image of God we’re also made for community.

The Christian faith in particular and life in general aren’t meant to be solo adventures. Even those with an introverted nature need others. We all need community.

Paul describes the community in terms of a body with many different and varied parts in Romans 12 and 1 Corinthians 12. The different parts of the body need each other and when they work together the body functions properly.

It’s great to know God is always doing his best for us. It’s also clear our sisters and brothers are gifts from God. God often helps us through the community. God bless you with all the help you need and with all the strength you need to help others.

A hundred years ago two astronomers were engaged in a great debate about the size of the universe. Some say it was the first great debate.

Have you been having any great debates lately?

In the Gospels we find Jesus engaged in many debates with his opponents. I love the way Jesus is always the winner.

Debates generally produce winners and losers. Sometimes that means little more than some temporary prestige for the winner and disappointment for the loser. But other debates produce more serious and long lasting consequences.

One of those is the debate our church has been having over who can be ordained, men only or both women and men. For many of us it’s been a 30 year debate. A long debate.

As a church and particularly as pastors we’ve become increasingly polarised. We shouldn’t be surprised, debates tend to polarise opinion.

The General Church Board and the College of Bishops met in February this year and their Covid-delayed report is dated August 2020. It’s a report to the whole church and you can find it on the LCA website (https://www.lca.org.au/lcanz-leaders-report-on-ordination-deliberations/) or I can give you a printed copy.

I think it’s fair to say it presents a pretty gloomy outlook for the LCANZ. None of the three and a half scenarios presented are without winners and losers.

Bishop John Henderson writes in his concluding remarks, When we disagree with each other, when we argue or fight with one another, Christ is there between us. He takes into himself any hurt, accusation, verbal barb or violence. If we hurt each other, it is really him we hurt. ... So, as you pray about this issue, as you think about what you are going to say, write or do on this issue, think first about Christ and his unwavering, undiscriminating, unending love for the sinner, the outcast, the broken.

Pray for a God-pleasing way forward. Pray for love to increase and polarisation to decrease for God’s sake.